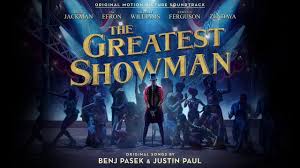 From the Desk of Sara Litten:

If you haven’t been living under a rock then you’ve heard or seen The Greatest Showman by now.  A loosely based account of the life of P.T. Barnum, founder of the circus.  If you have been living under a rock, let me suggest you coming out from under said rock and go see this movie.  Not to ruin any of the plot of the movie, but as you might know much of the circus was started by using people that were the hidden people of society.  Those that were most looked down upon in society because they were different, mostly physically different: giant, short, facial deformities, bearded ladies, albino, etc.  The “freaks.”  They were hidden because either their family was ashamed of them or they were ashamed themselves.  Through P.T. Barnum and later others, these people were not just brought out of the shadows, they were put in the spotlight.

In one of Brené Brown’s TED Talks (you can watch it here: https://www.ted.com/talks/brene_brown_listening_to_shame/transcript) this is how she defines shame and guilt:

Shame, the very nature of it, drives us to the hidden places.  The very place that Adam and Eve found themselves in the garden of Eden.  The very place Satan would love for us to remain.  Hiding from the One that loves us most.

Without doing it on purpose, we so easily can shame others when maybe our intention is to lead them to repentance.  Maybe our intention is to show them guilt over a behavior, when we really just pointed them to be shameful for who they are.  As teenagers, we usually do that with the people we don’t know that well.  The one struggling with same sex attraction, the girl that we know has been with multiple guys, the transgender, those of a different race or religion.  “Those” people that we would NEVER want to be like.  As parents of teenagers, we can shame our teenagers with our own fears about how their struggles might hurt their reputation in high school, and worse in fraternities and sororities, and even worse, us as parents.

As a parent of a 4 year old, I can shame my daughter into not throwing a tantrum in the middle of target because what does that look like for me as a parent?  When we shame, we tell our friends, our kids, our family; stay hidden.  Be better.  Don’t embarrass me.  If they know how embarrassing it is, how shameful their behavior is, surely they won’t do it again right?  Instead, we are merely covering up the issue.  We are saying, “If you’re going to struggle with that, hide it.”  This isn’t what scripture says.  In fact, we see over and over again that Jesus goes straight to those that are most hidden in society and actually exposes them.

In Ephesians 5, just after Paul has written that we have a new life in Ephesians 4, that we are to be imitators of God because we are his beloved children.  That sexual immorality, impurity, covetousness, filthiness, foolish talk, be not named among the believers.  He says in vs. 11,

“Take no part in the unfruitful works of darkness, but instead expose them.  For it is shameful even to speak of the things that they do in secret.  But when anything is exposed by the light, it becomes visible, for anything that becomes visible is light.  Therefore it says, Awake, O sleeper, and arise from the dead, and Christ will SHINE on you.”

When anything is exposed by the light it becomes visible.

I cannot help but think of the words in this chapter of Ephesians when I hear the words of this song from The Greatest Showman called, “So Come Alive.”

I see it in your eyes,

You believe the lie,

That you need to hide your face.

Afraid to step outside

so you lock the door

but don’t you stay that way.

No more living in those shadows

You an die we know how that goes.

‘Cause once you see it, oh you’ll never, never be the same

We’ll be the light that’s shining

When the world becomes a fantasy

and you’re more than you could ever be

‘Cause you’re dreaming with your eyes wide open

And we know we can’t go back again

to the world that we were living in

‘Cause we’re dreaming with our eyes wide open

JUST READING THOSE LINES AGAIN, it’s amazing!  How often do we believe the lie that we need to struggle alone?  How often have I communicated to another that because of their struggle they need to just deal with it privately?  Y’all, the church is like a circus!  When you’re doing life with others, your life will look like a circus.  Elephant poop and all.  It’s messy.  It requires vulnerability.  The church should be the place where, when Jesus exposes the shameful things of our hearts, we feel safest in that exposure.  Christian families should be the place where we feel safest in that exposure.  Our first instinct will be and always has been to “believe the lie that we need to hide our faces,” figuratively and sometimes literally.

I’m sad to say that the church and our church families has not always been the circus, but a lot of times the church have been the people on the outside yelling, “freak!”  Instead of being a place where we are able to share those things that are hardest, we are fearful of how that might change our relationship with others.  Some of that has a lot to do with the fact that we don’t want to admit or remember that we, ourselves, were once in darkness when Christ exposed us.  Or maybe we’ve never really been exposed and have been able to hide behind the idea of Jesus without really knowing Jesus. Let’s be people willing to talk about the things that God has exposed in our own hearts and lives.  Those areas don’t always involve our own sin, but even sin that is done to us, or the sin we are seeing our teenager or friend struggle through, but not feeling like we have anyone to talk with about it.

Can’t you hear these same words in the song…dreaming with your eyes wide open. “Awake, O sleeper, arise from the dead, and Christ will shine on you.” (Eph. 4:14)  It is in Christ’s light that we the world becomes a fantasy and we’re more than we could ever be.  Christ’s love reveals even the darkest, most hidden parts of our hearts.  We cannot hide our own struggles, the struggles of our teenagers, the struggles of our friends away out of fear.  Christ’s light shines because those things that are in darkness, stay in darkness.  There’s no life in darkness.

THE WEEKLY EMAIL HAS LANDED!! Link in bio. {volu

Weekly email is out!! Check your inbox or link in

WEEKLY EMAIL IS OUT. Link in bio.

Weekly email is in your inbox!!

Pool party this Sunday at the Getty’s! Come cele

We’re back from mystery trip and had a blast! We

On the edge of glory. Miss it already. @edge_confe

That’s all for VBS, folks!!

We are ready for VBS day two wbu

Interns are herrrrrreee and ready to hang out with

How it started and how we feel now. Couldn’t hav